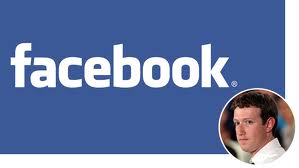 Since I’ve been in the social gaming industry for the past 4 – 5 years, a lot of friends have been asking me: Should I buy Facebook? The hype around the IPO was tremendous. Everyone wanted a piece of the hottest tech company in years. Everyone wanted to be like Mark Zuckerberg.

My generic answer was mehhh. Here are 6 good reasons you should stay away.

1. Facebook is currently valued at a P/E ratio of 70. That’s 70 times earnings. That means that Facebook’s earnings (not users, but hard, real profits) need to grow at 70% a year or more just to justify existing valuations. So by buying FB stock today, you’re saying that FB’s earnings growth rate will exceed the current 70% that is baked into the stock price, thus making it a good investment today. Are you willing to make that bet?

2. Facebook’s user growth is slowing dramatically. Heck, even some Google  sites are growing faster now. In absolute terms, Facebook is still the single largest web property and I’m not discounting that. What I am saying is that the stock is valued as a hyper-growth stock, and the user numbers are not reflecting that anymore.

3. Facebook users are migrating to mobile, which is not monetizing as well as the web. This is an example of a technology  being destroyed by itself as usage trends change. The mobile ad market is tiny compared to the online market, and it will take another 5 – 10 years for it to mature. Google controls most of that market with Android (roughly 55% – 60% market share, with Apple next). Facebook has to take a big chunk of the mobile ad market just to protect existing revenues. When the core of your business, web ads, are under siege from changing technology trends, it makes it a lot harder to grow profits.

4. Personal experience on having tested Facebook ads on dozens of new products over the past 4 years has led to one inevitable conclusion: Facebook users don’t buy stuff online. I’m sure other online marketers have had similar experiences. Sure, buying FB users is cheaper than say Google Search. But I’d rather pay 3 times more for a targeted Google user that is 10 times more likely to buy my product than a FB user. In the end it comes down to CPA, and for e-commerce & performance advertisers, Facebook is generally a lousy play. The exceptions to this are social gaming – where users convert well (aka profitably) as long as they are kept within Facebook’s walled garden. Brands may see an ROI on ads too if they care about things like brand recall and other funny, intangible things rather than cold, hard, immediate sales. 3 – 4 years ago the ad rates on FB were so low that even if conversions were poor, you could still get users profitably through your funnel. With so many brands on FB now, the rates have been bidded up to the point where performance advertisers can no longer compete.

5. Some brands, such as GM, are quitting FB altogether. In the past year, Gap, JC Penny, Nordstrom and Gamestop have all tried to open up storefronts on their FB pages and then shut them down as failed experiments. I guess they realize too that wishy-washy ROI metrics usually don’t result in sales. Facebook users don’t buy stuff online.

6. So what is Facebook good for? Time-wasting activities. That’s why we’re on FB in the first place. Once you think about it, it makes sense. You go to google for a specific inquiry. You go to Amazon to buy stuff. You to Yelp to check reviews. You go to Facebook when you have nothing important or specific left to do. Games, dating apps, trivia, quizzes, horoscopes, viral video apps and other “time-waster” things have done well here b/c they fit the mindset a user is in when spending time on Facebook. How many of these can monetize well and in turn drive Facebook’s earnings growth via ad spending? That’s the big question. I think Social Gaming is already maxed out (having been in the industry for the past 4 years, take my word for it). That is why I’m also very bearish on prospects for Zynga (Stock: ZNGA). But that’s a story for another post. How many other time-waster categories can prosper on Facebook and drive earnings growth? Seems like a long-shot to me.

Would I ever buy Facebook? Sure, it’s still a solid company that can grow faster than the ad market as it continues to take share away from Yahoo, AOL and the walking dead. I’d be tempted to buy Facebook at $10, maybe $12. But definitely not at today’s price of $27. Save your money folks, there are much better deals out there.

4 thoughts on “From an industry insider: why I’m bearish on Facebook (Ticker: FB)”